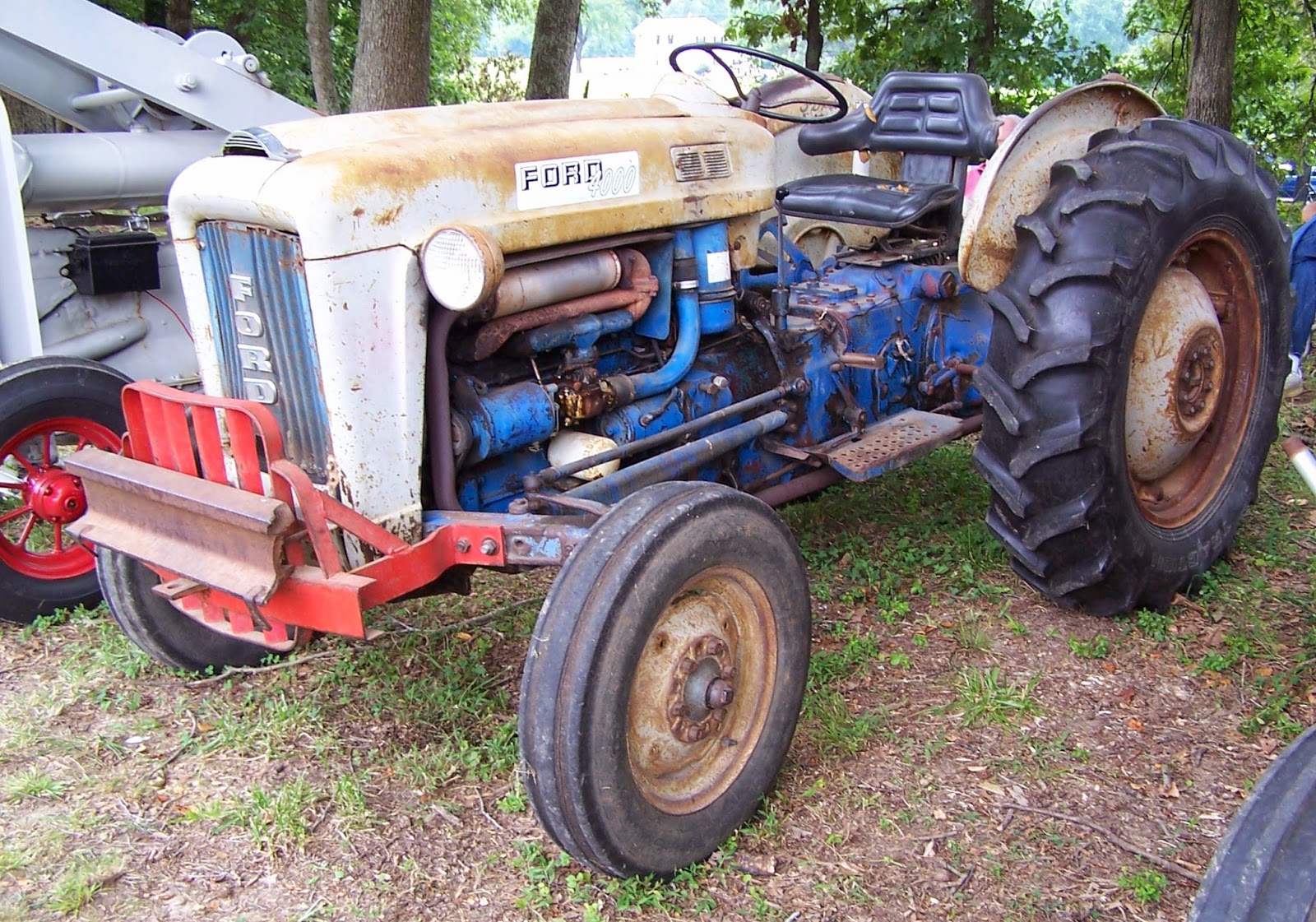 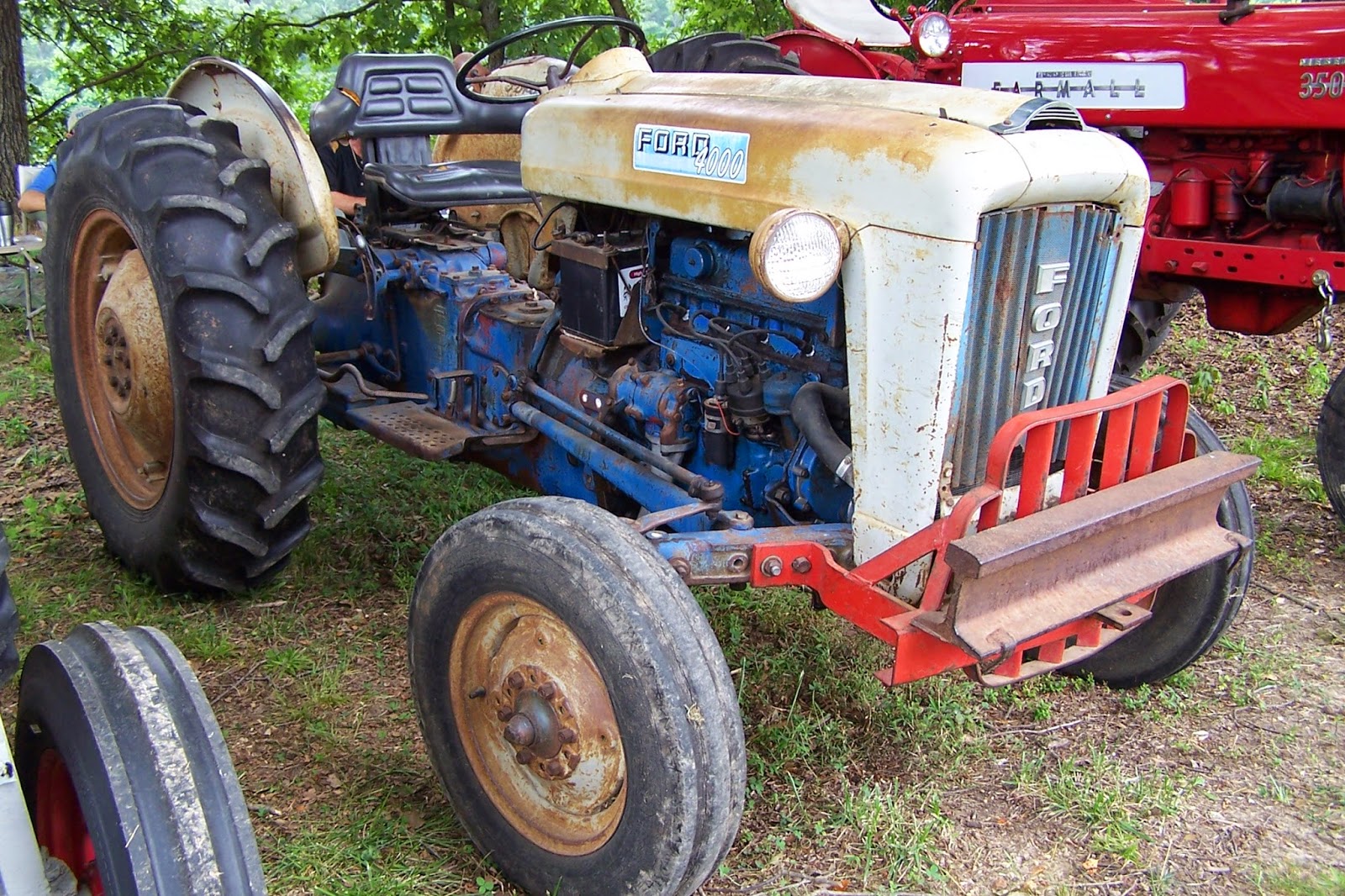 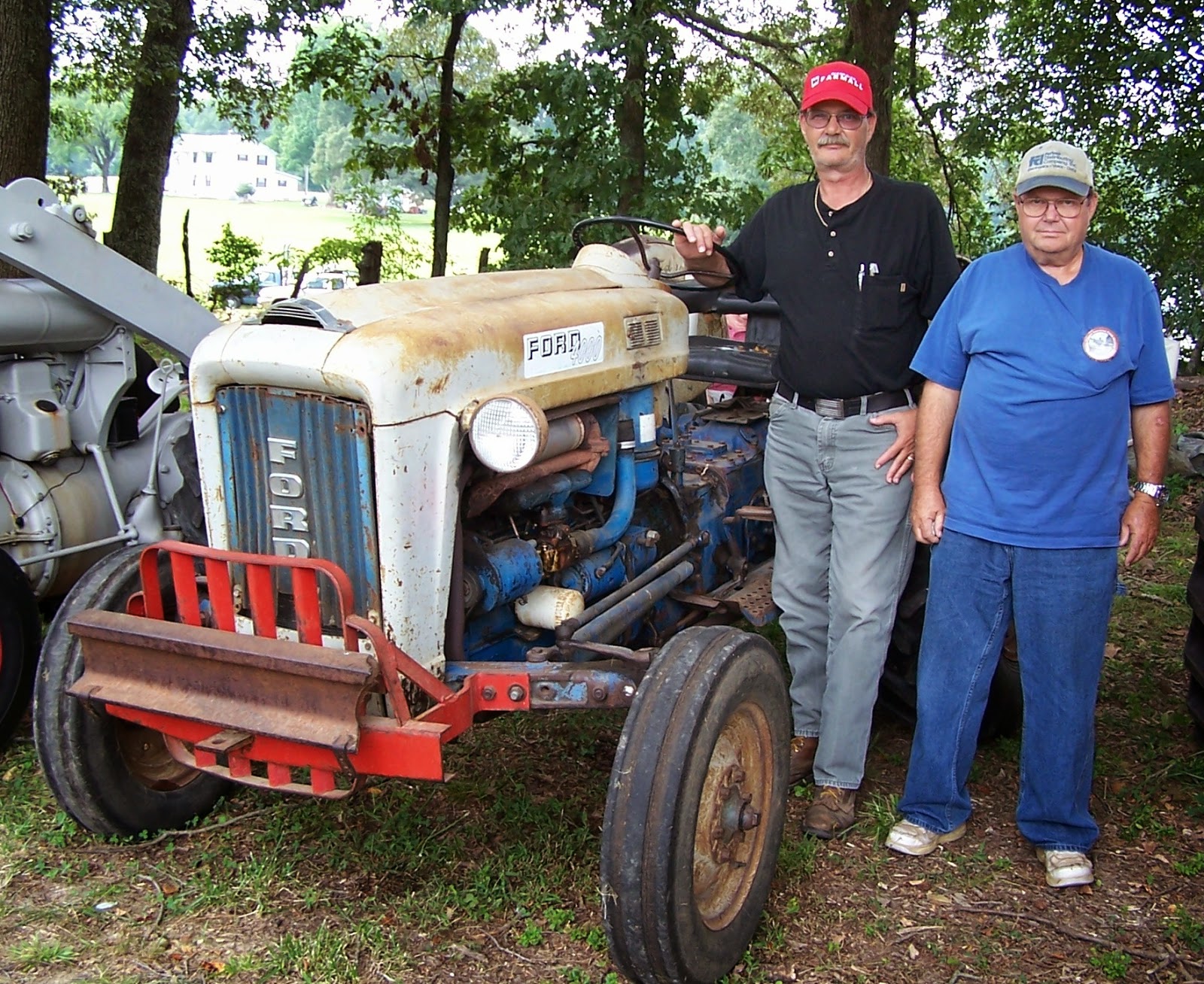 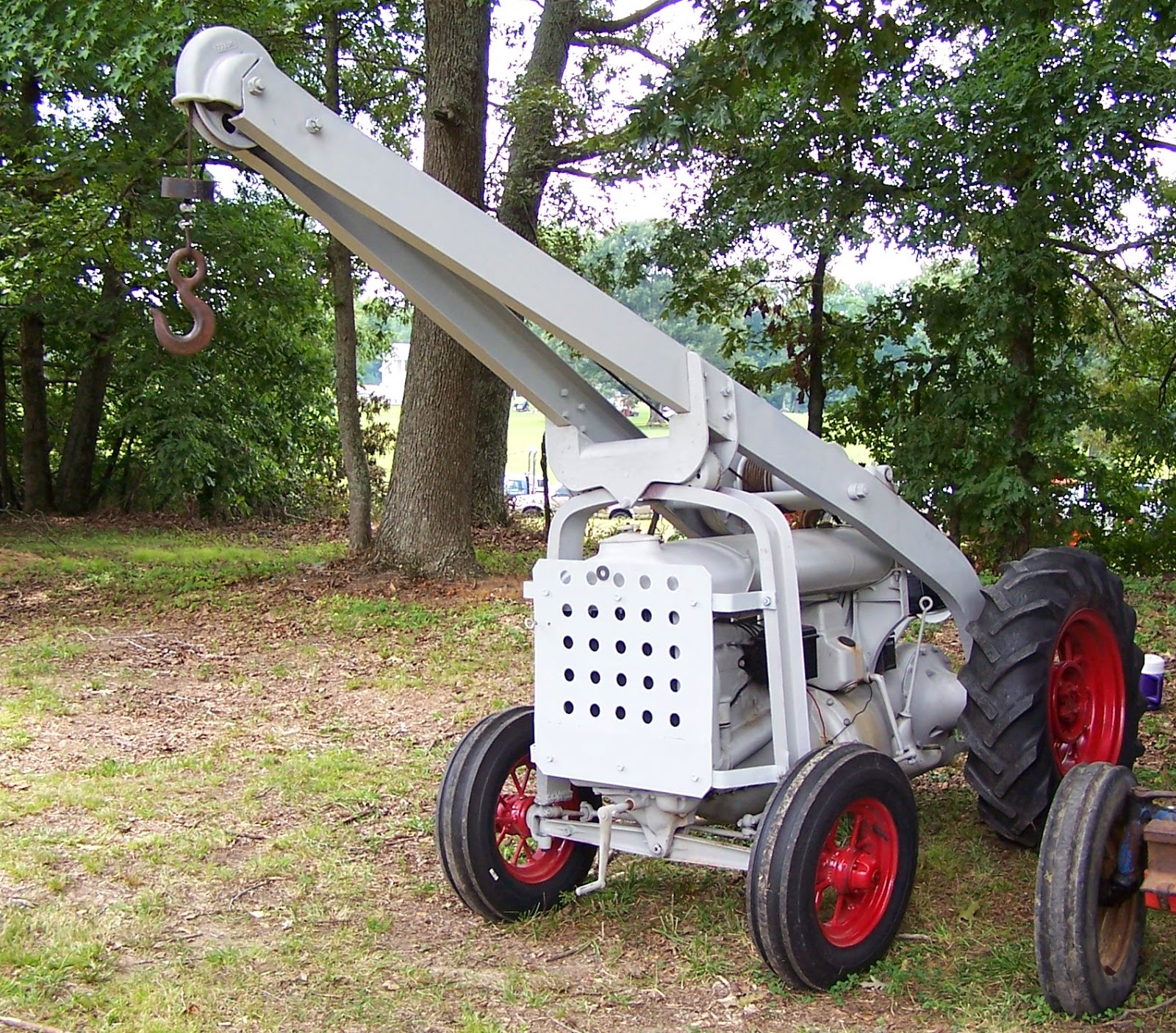 "A 1920 something Fordson F is the tractor itself.

The attachment is a Yard Crane.  “Warner Lumber Company in Tracy (Tracy City, Tennessee) had that on a Fordson.  The Warners in Tracy City, they owned about the whole top of the mountain.  In Tracy City, they owned the bank, the water department, the post office, and they had the finest steam sawmill in the state.  But they were unusual, let’s say.  They didn’t like Roosevelt, and Roosevelt did something that they didn’t like, so they shut their operation down in ’38 or ’39.  Just let everything set.  It’s not like they needed money.  They just stopped and let everything just rot down.  Of course, that tractor, that Yard Crane, it had been parked since 1939.  Well, all the male members of the Warner clan died so there was one girl left.  They turned some of it loose, the estate.  That’s been six or seven years ago.  I mean it sat outside since ’39. 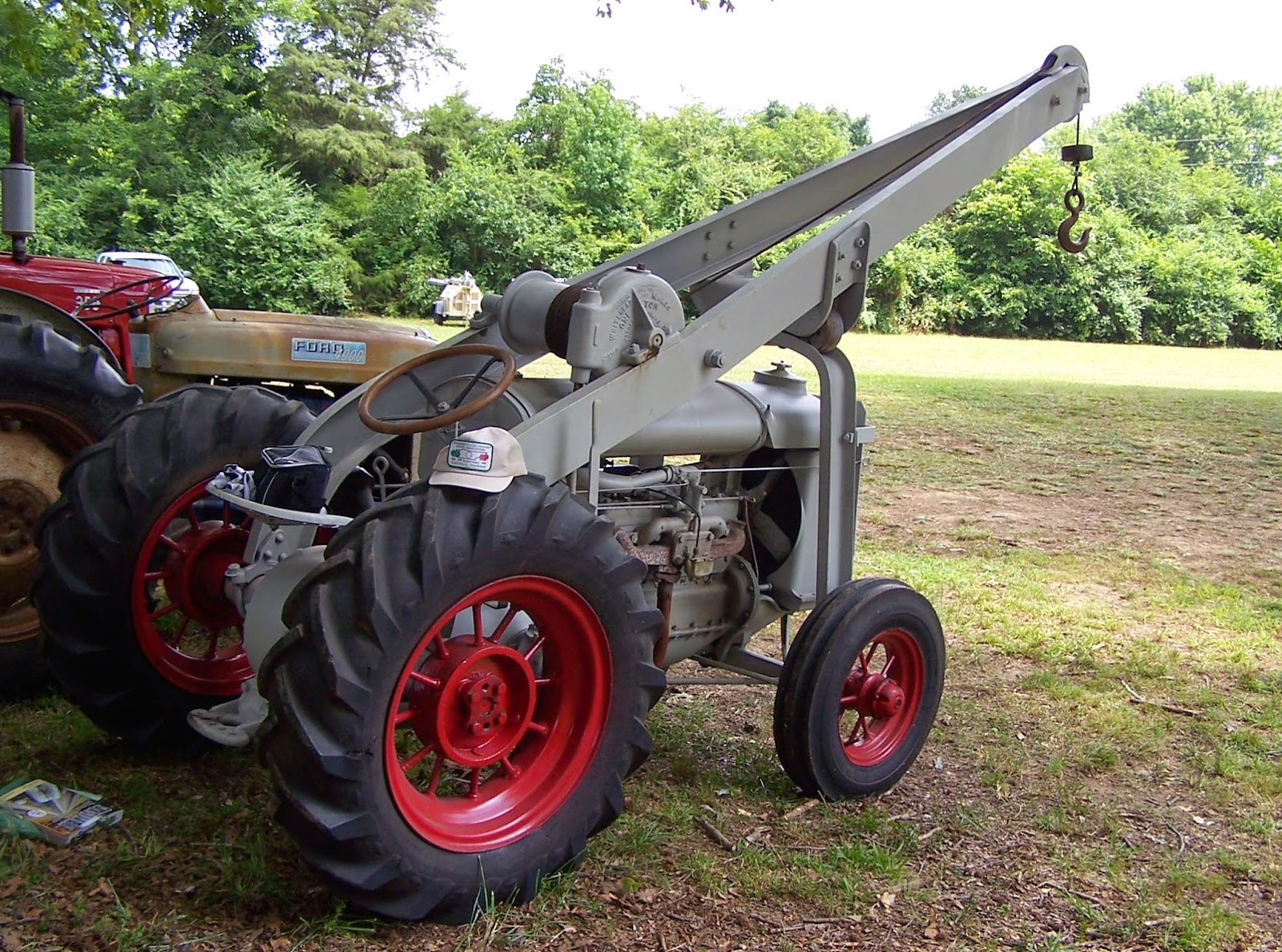 When I say those Warners were unusual—in World War II, when the United States was doing all these scrap metal drives, you know, they had rail lines laid all over the mountain—little dinky lines to bring (those logs) into their mill.  Course they had those dinky wheels.  When the government came by hunting scrap, they would hide theirs in the woods.  They didn’t want the government getting none of their stuff.  And here a few years ago, the last surviving male members—-you’ve probably never heard of it—Savage Gulf State Park.  It had virgin timber on it, and they owned it; the state wanted to buy it and make a park out of it.  Well they would not sell it till the state figured out some way they would not have to pay any tax.  They sold it, I heard, for around a million and a half and they finally after so many years the state finally consummated the deal, but then they liked to run the Warners down to give them their money.  Unusual is the term I use. 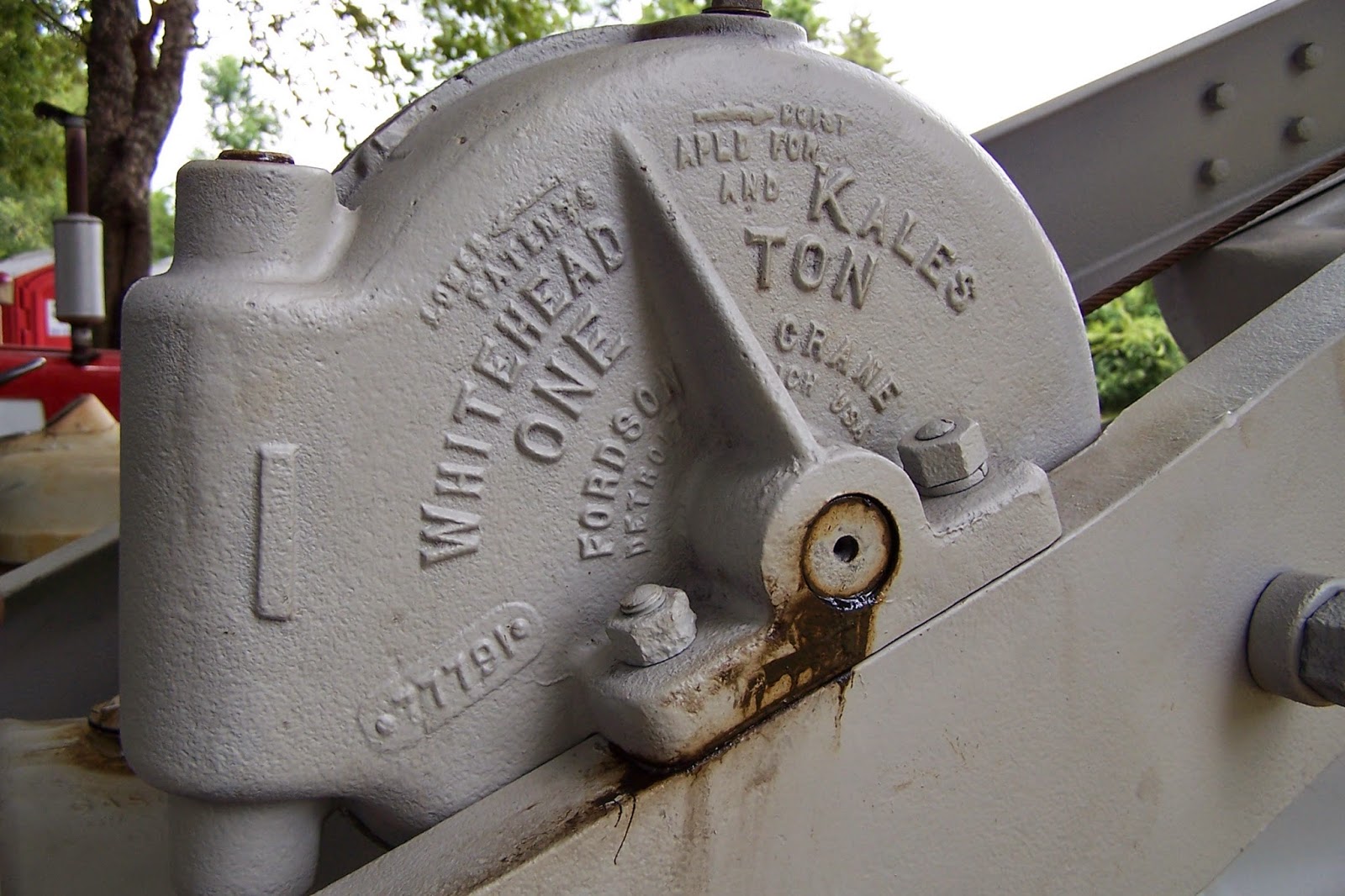 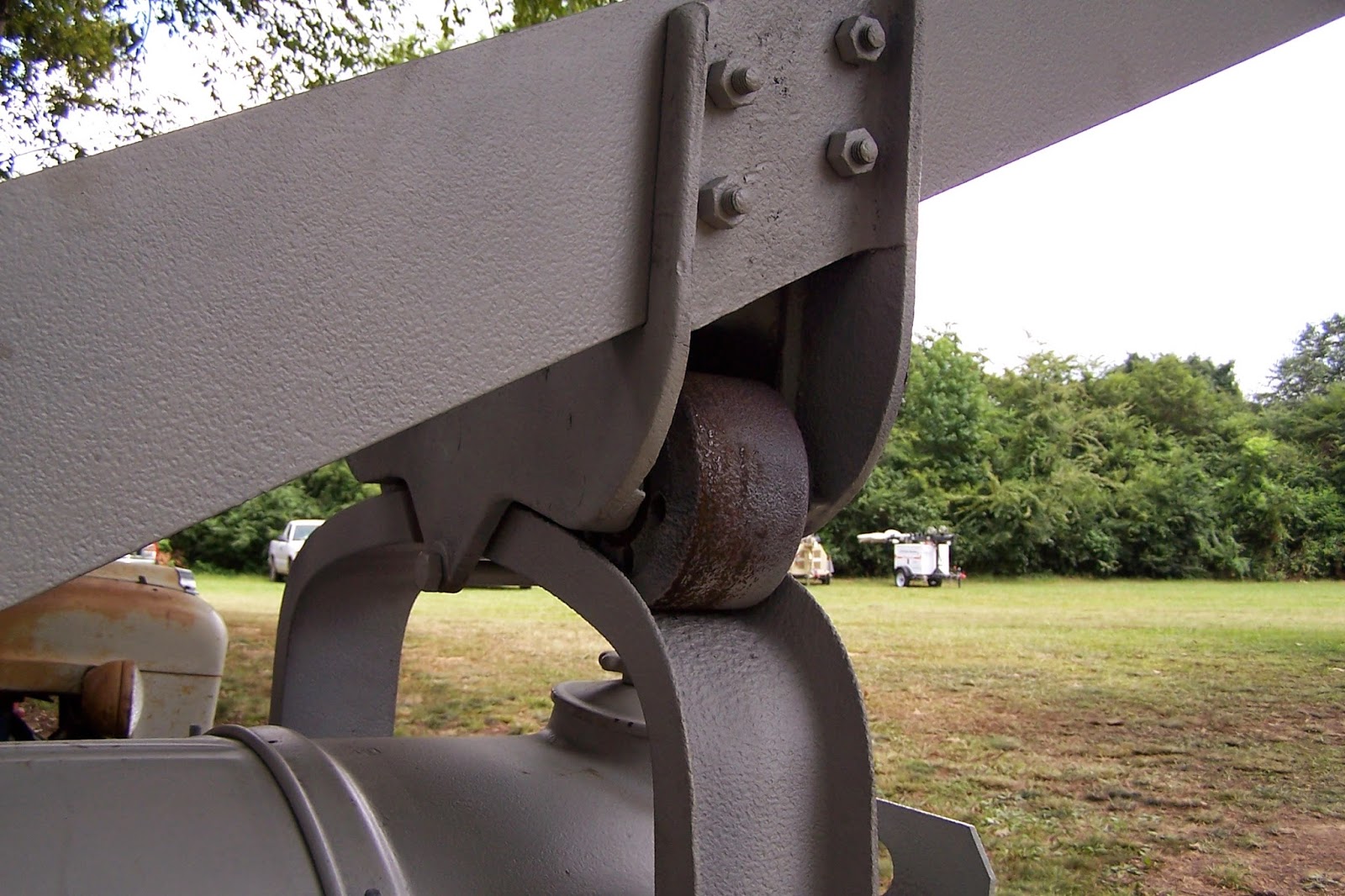 That Yard Crane is the only one I’ve ever seen.

Any scrap tractor I could get, I would tear down.  Any part I thought I could use, I just piled it in my shop.  So when I got that attachment there I built me a tractor out of parts.  I built the motor in it.  I went through a lot of stuff and completely built the motor.


They started making Fordson in 1917 and they quit in 1927.  So there’s a little bit of everything on that tractor. " 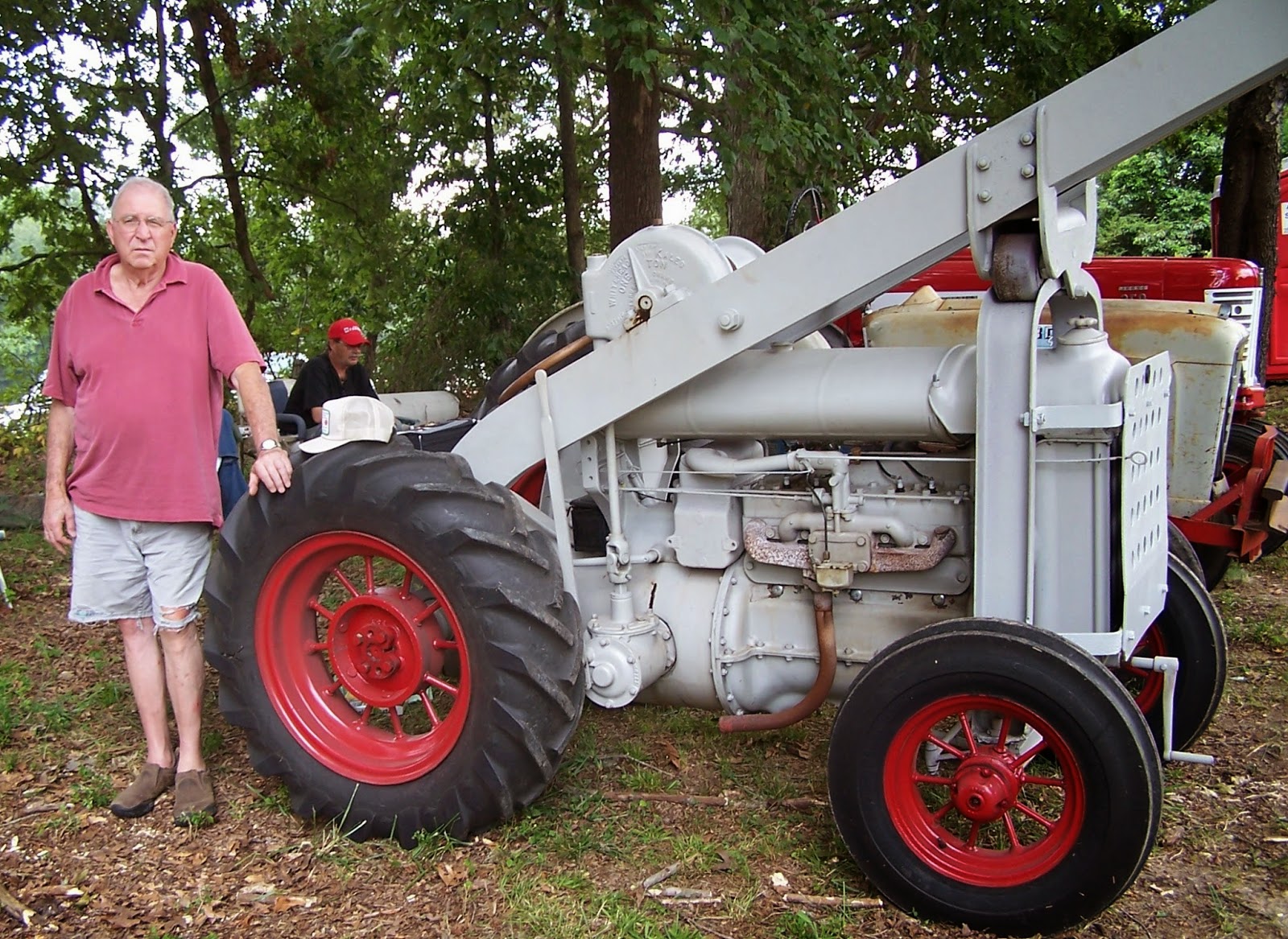 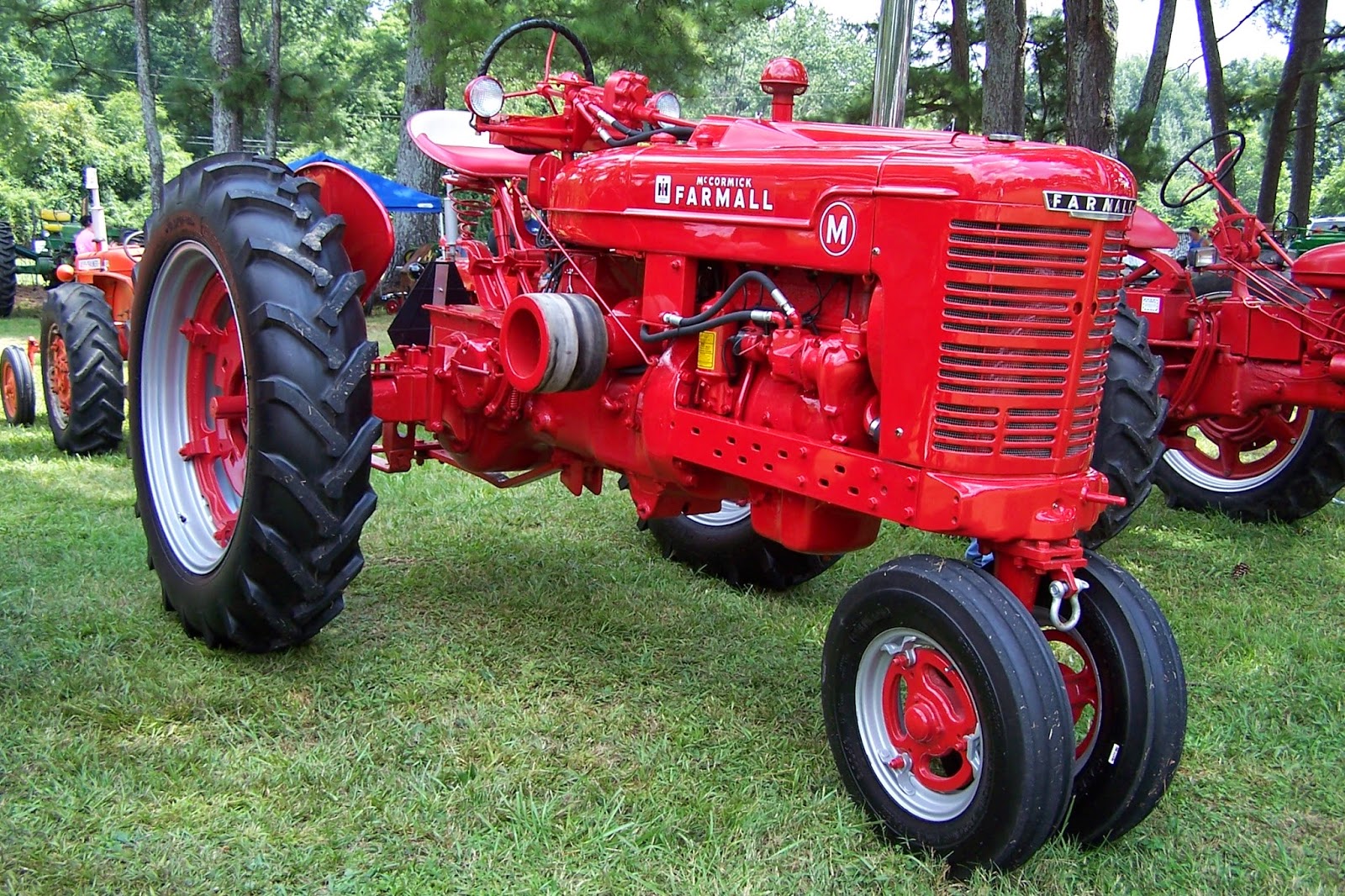 “I got it from a man in Decatur (Alabama.)  It came from Texas.  They just had it on a cattle farm.  I just fixed the paint.  As far as the running gear, the motor, I didn’t do anything to it.”  After I commented on how slick the hood was Mr. Appleton said, “That old hood and stuff on it—I had to fix that.  I run a paint and body shop.  Used to, whenever something happened to it (the tractor), instead of taking all the bolts out, they’d just take and bend the side of it up.  They bent it up all the way down through here—folded it up that-a-way.  It took about a day and a half (to get the crease out).  If I’m gone fix one, I want it right.”

“It had power steering on it from the factory.  Those brakes on it, they didn’t come on them.  The last 200 they made, they put them on it.  The others have tin housing around it, and that’s got a band.  They’re like a Super M.  It was made for a cotton picker.  That’s what it was made for originally; that’s why it’s got power steering on it.  They never put the cotton picker on it.” 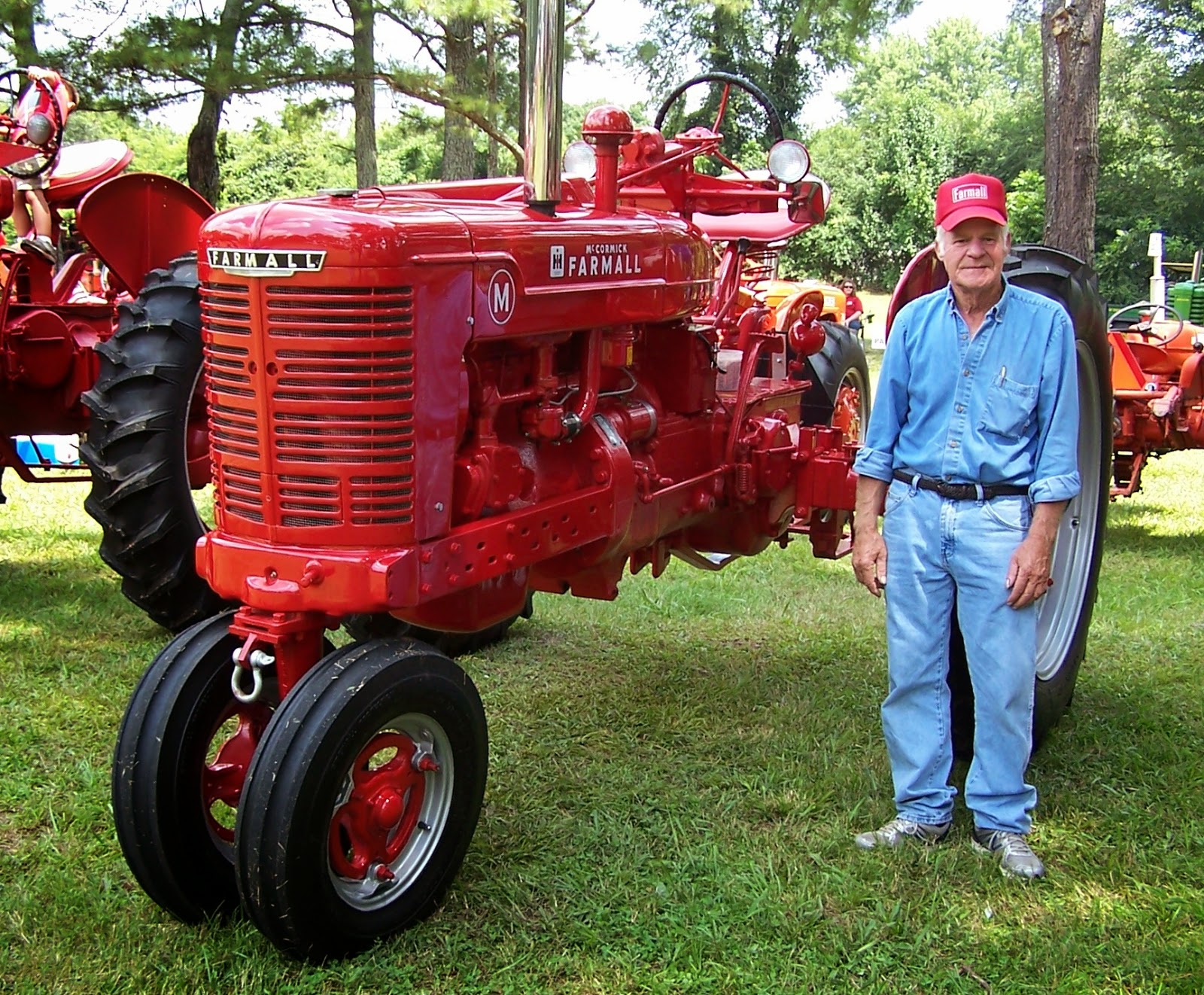 “This is a non-profit organization.  After the end of the show we’ll set aside what money we think we’ll take to operate next year’s show.  And the rest of it, we’ve got a committee that tells us where there’s a need as far as charities and we dispense with all the money we’ve got left over to charities regardless of where it’s at (in the year).  A lot of it’s around the first of the year around Christmas time.” 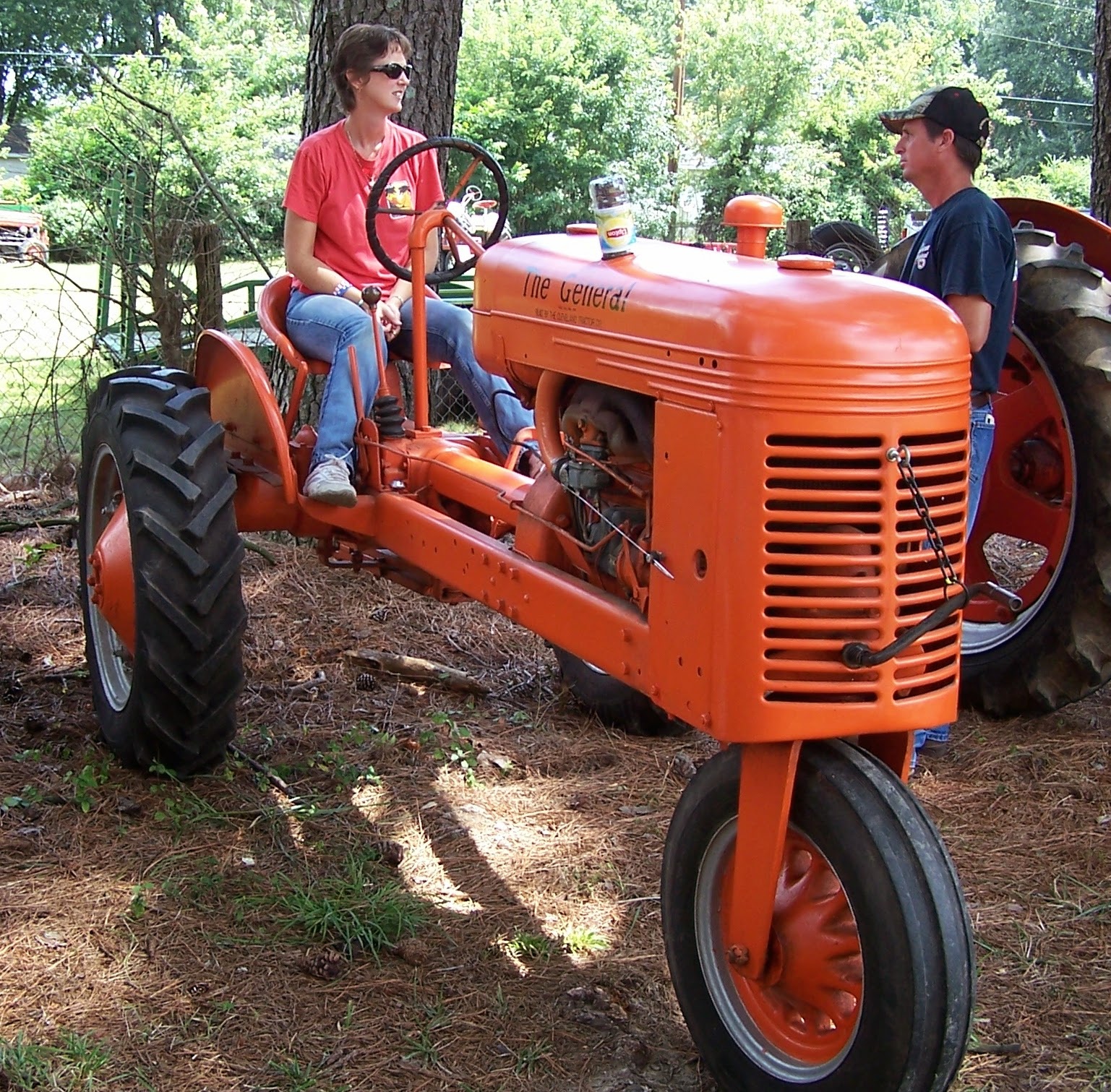 “I got it at a sale in Lawrenceburg, Tennessee.  I can tell you, it didn’t look like that when I bought it either!”  He had to do “everything” to it.   'It needed a lot of tender loving care.  We’ve had it probably 15, 16 years or longer.”  (After calculating from their son Brent’s age, who was 12 when they got it and is 36 now, they decided they’d had it 24 years.)  The first show I ever made with it was Pulaski.”  Terry said they only built about 1700 of them. 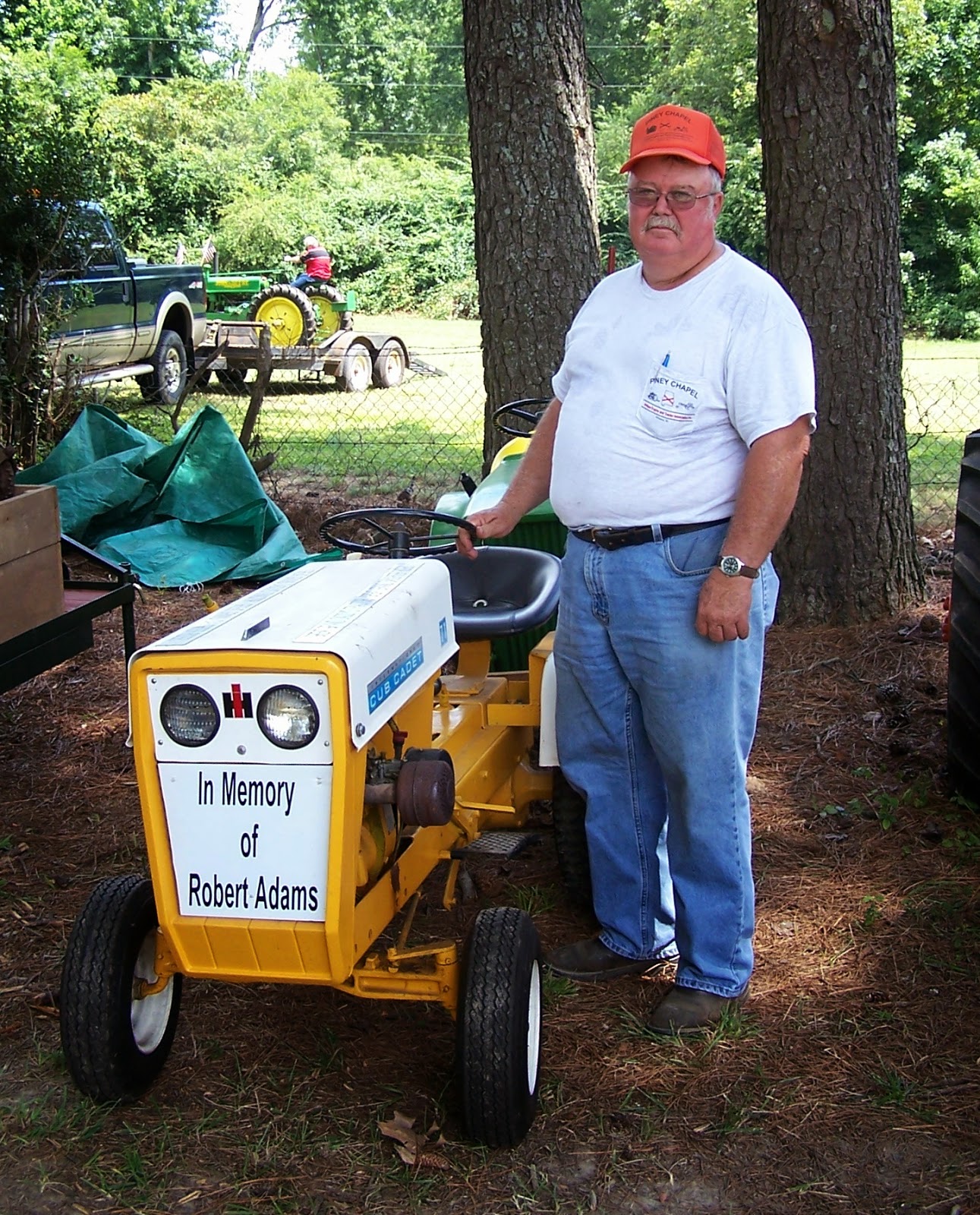 “It was my daddy’s (Robert Adams.)  He was redoing it whenever he got sick, and he passed away.  I got it and just put it together and everything just like he had it laid out there.  Her daughter was the first grandchild in that family so I made this be her great-granddaddy’s tractor.  I had a piece of horse-drawn equipment that I put a seat on for her to ride in the back, and that’s the reason it’s got 'Great -Granddaughter' written on it.  They put it in parades around. It’s a series 71 and it's a 1971." 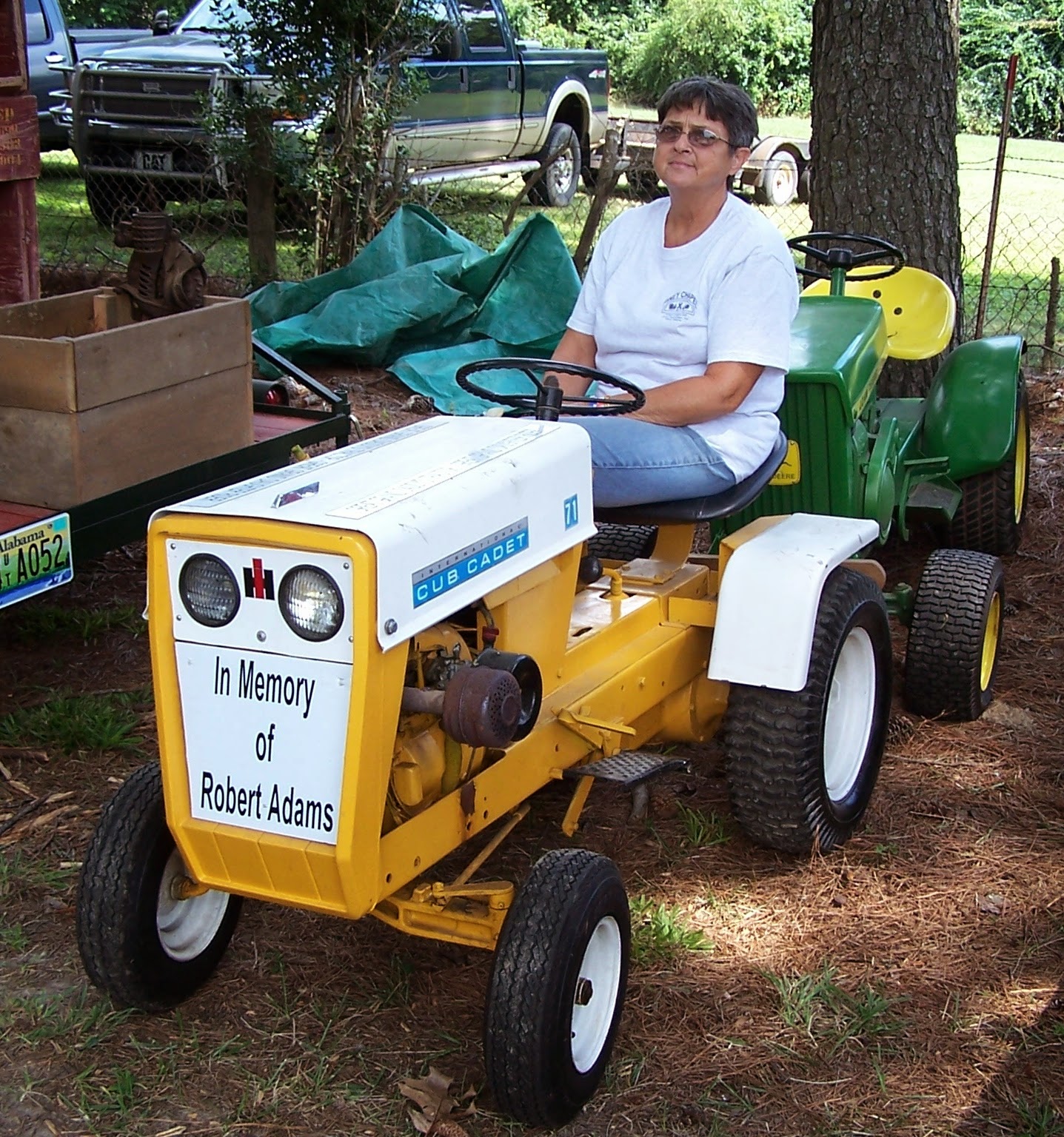 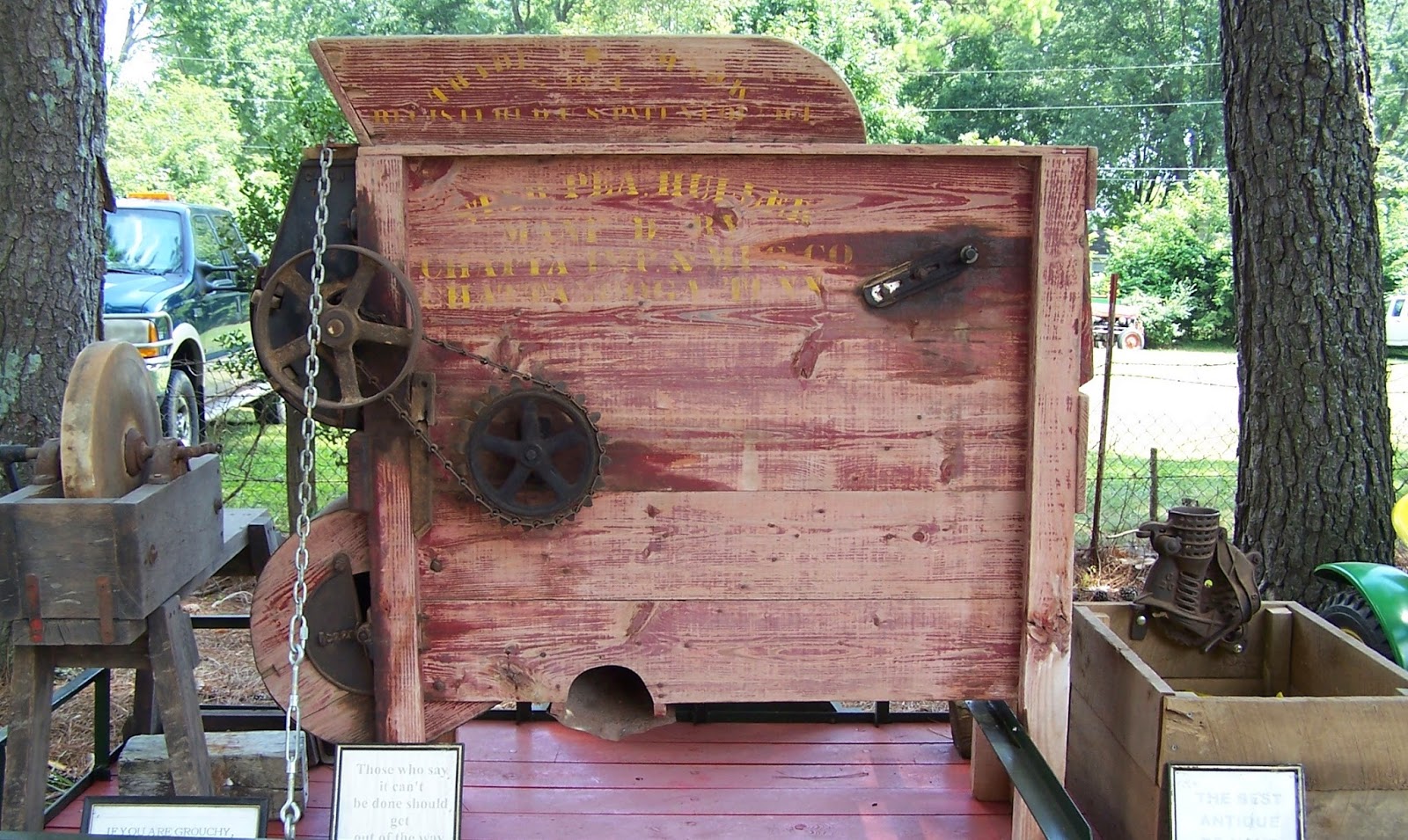 "It's a pea huller, not a sheller."
“That belonged to my granddaddy.”  His name was Wesley Adams, who lived in the Piney Chapel community.  “I never used it.  My daddy used it a lot.  My granddaddy bought it new in either 1924 or 1927.  Daddy couldn’t remember which year, but it was one of those two years.  I’ve kept it in the family, and there it is.  It’s never been restored or nothing like that.  It’s just been repaired when something broke on it.  It’ll work right now.  It’ll run off a tractor PTO, or it’ll hand crank." 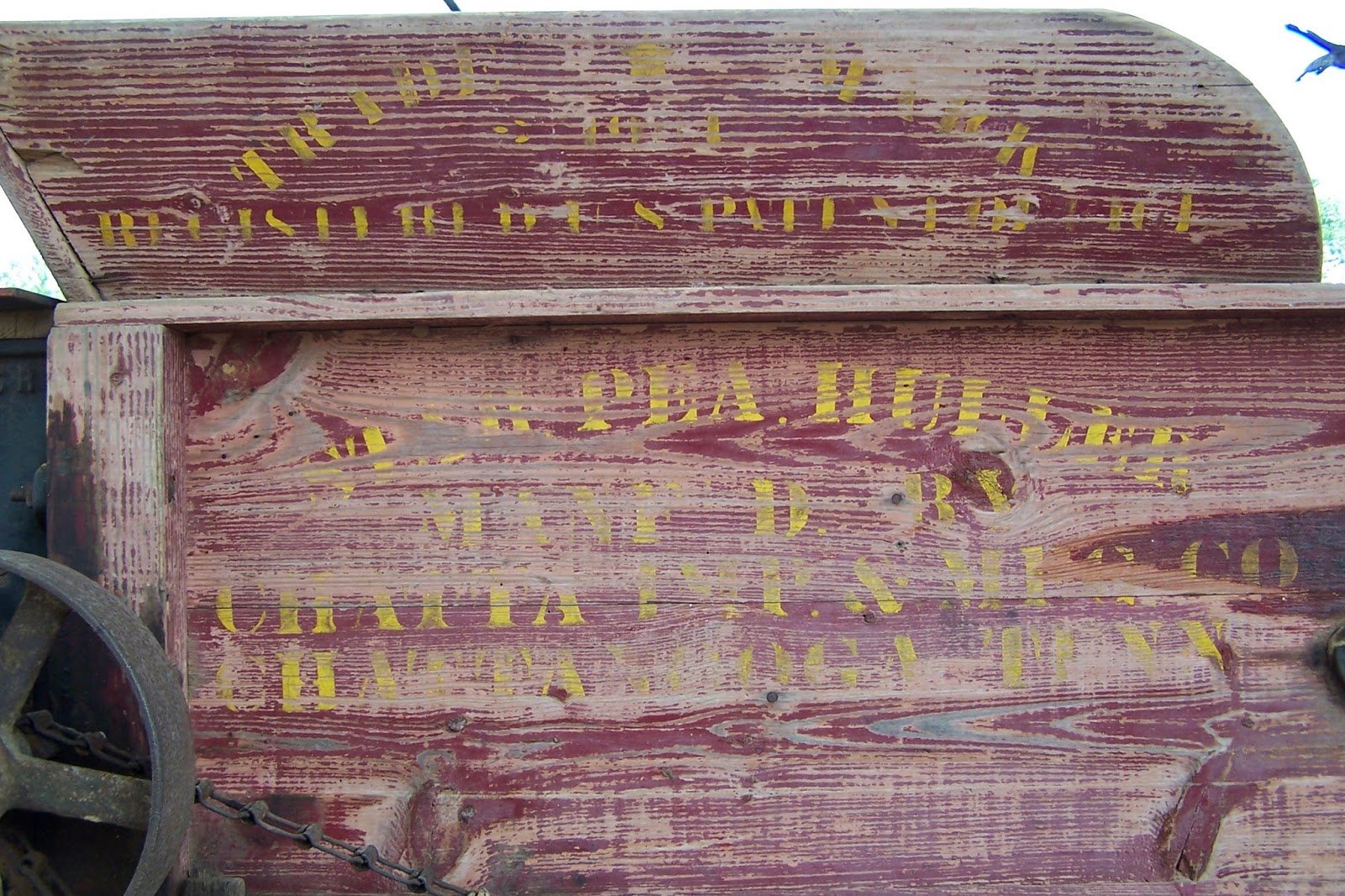 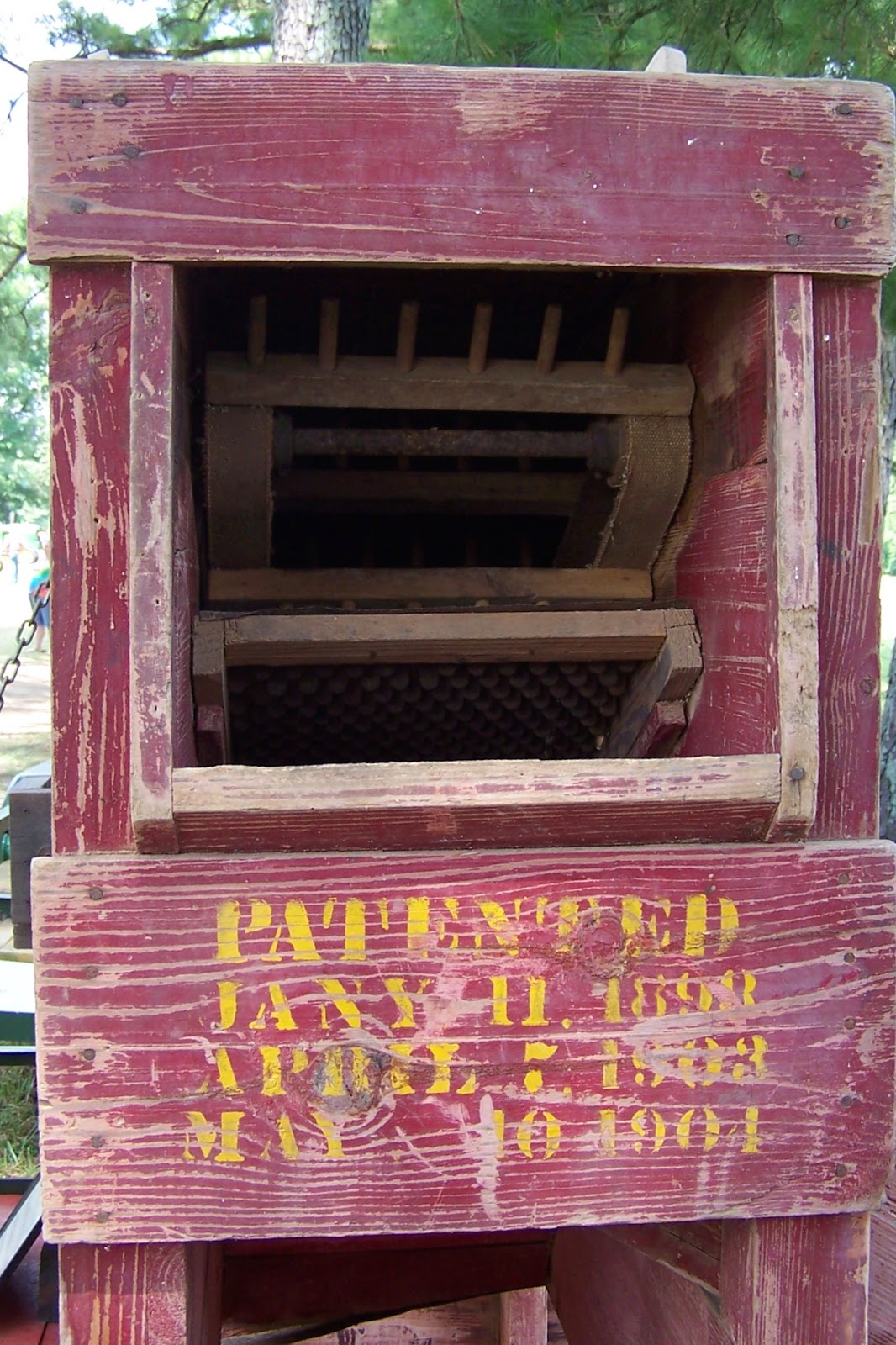 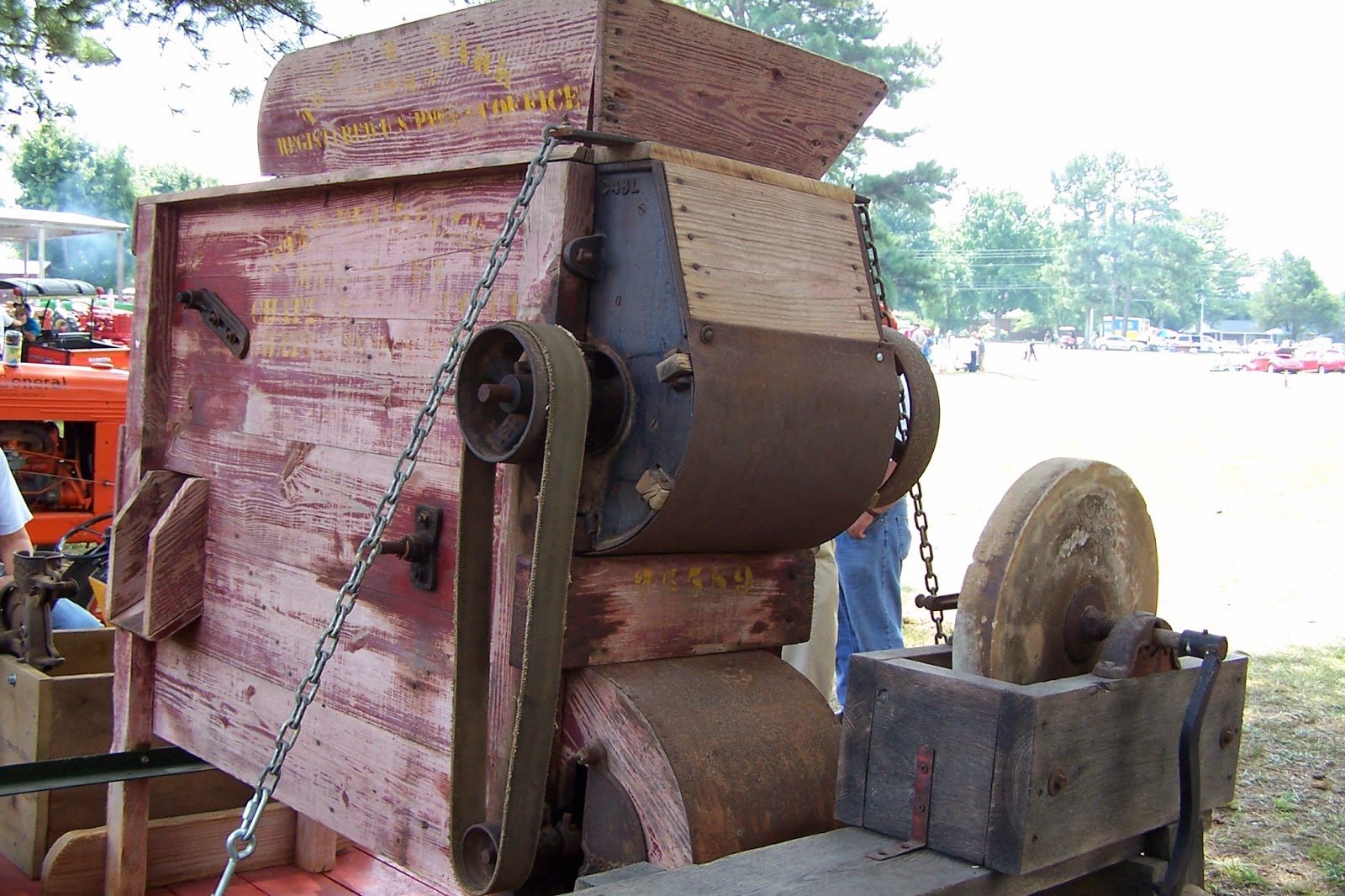 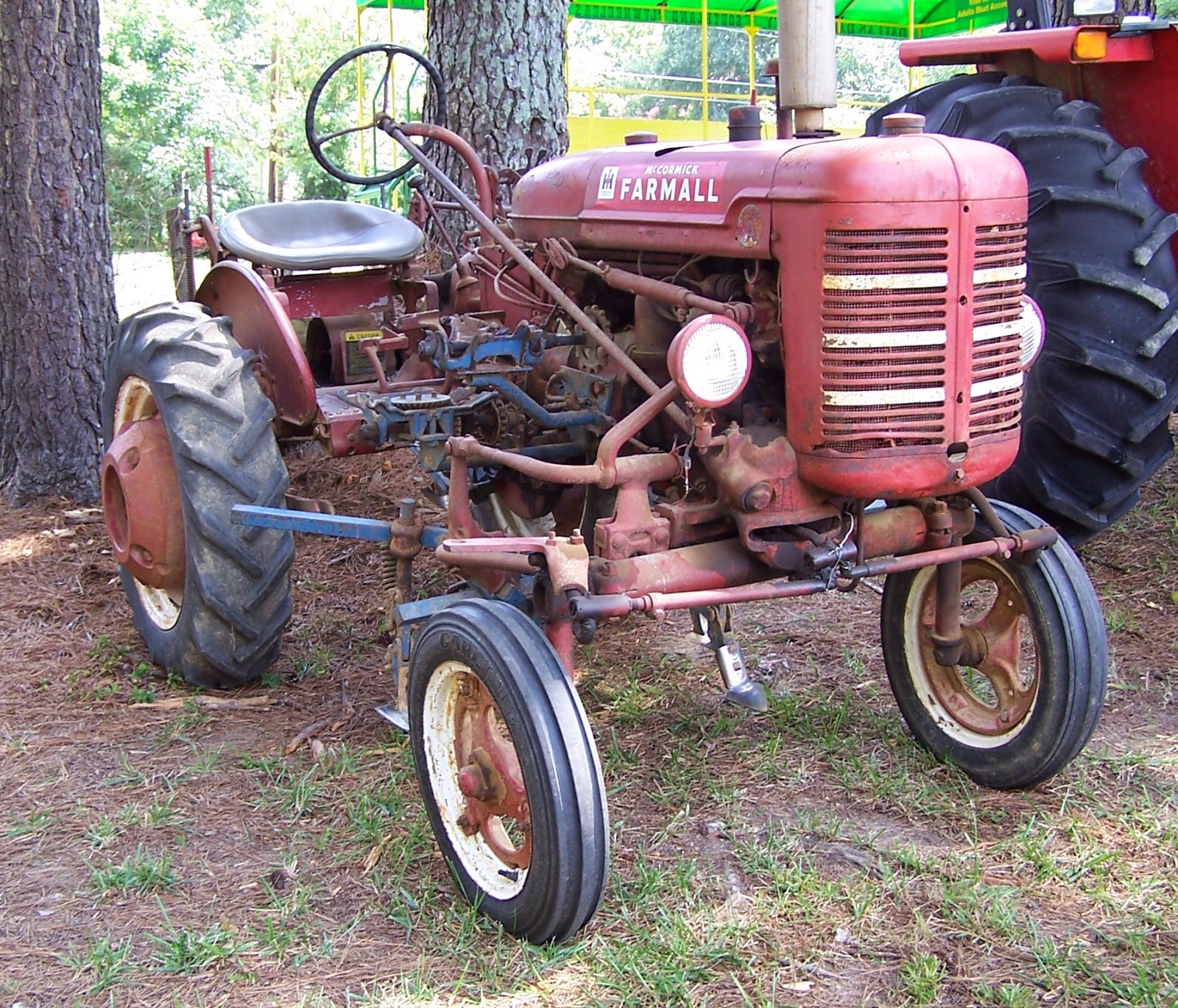 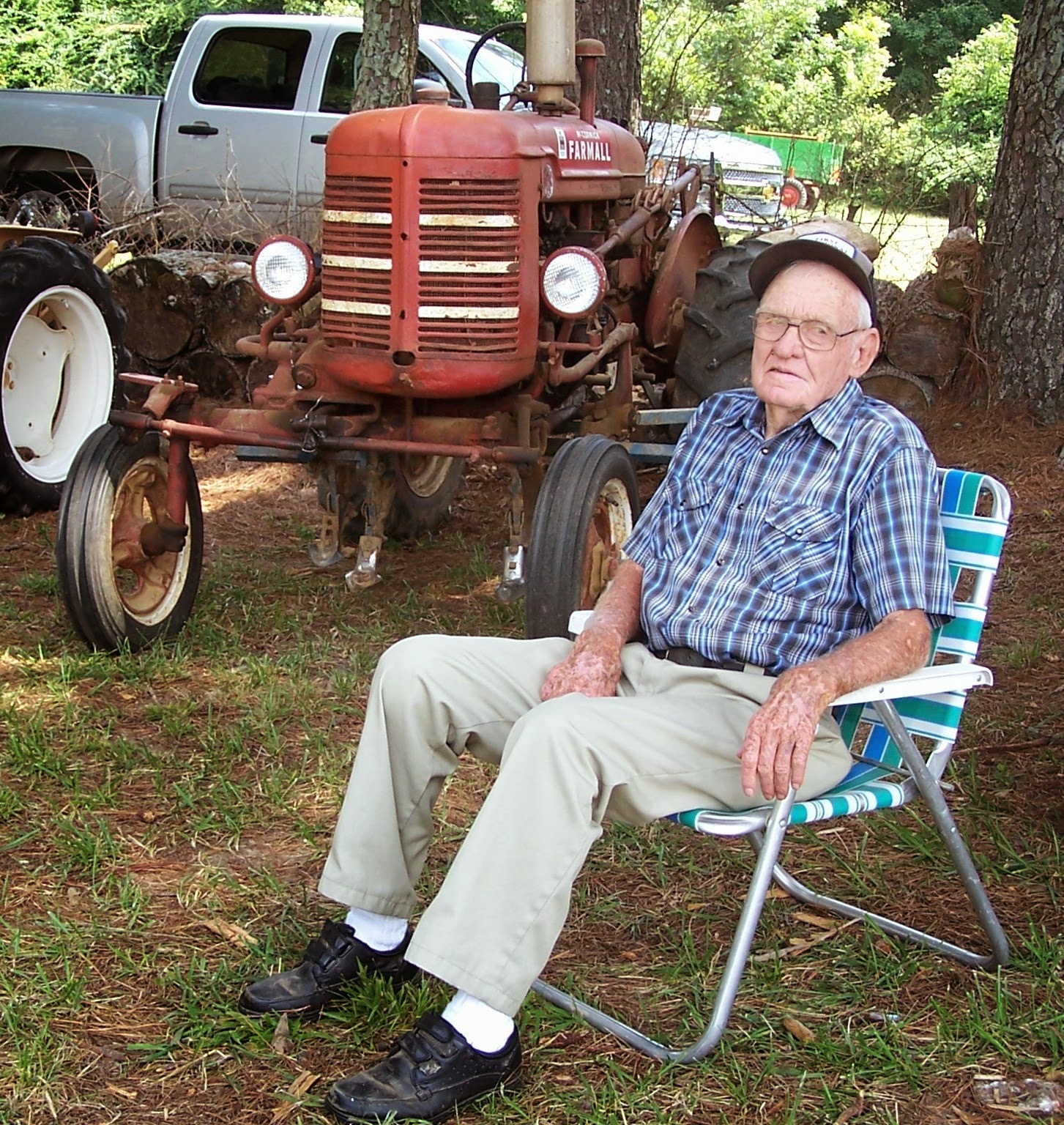 I let people cultivate their garden with it.  I drive it a little bit every once in a while."

"It’s too hard for me to get up on.  I get on the plow and raise me up!  Automatic lift! 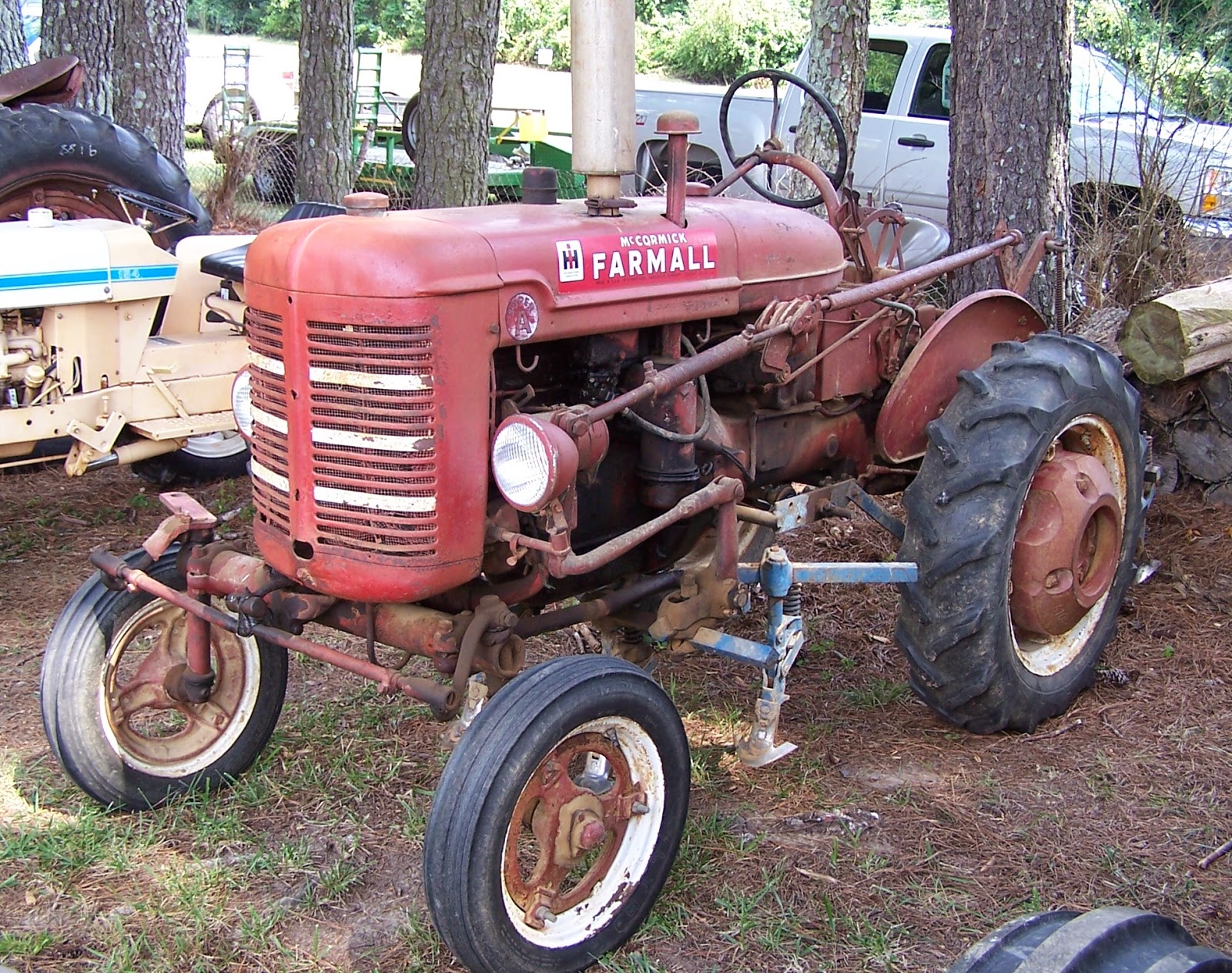